Topics covered in this article

When different personalities spend eight hours a day together, tensions are bound to arise. A good manager knows how to spot these tensions and has the skills required to nip them in the bud before they turn into major team conflicts.

Conflict is inevitable at work. When different personalities spend eight hours a day tackling problems together, tensions are bound to arise. A good manager knows how to spot these tensions and has the soft skills required to nip them in the bud before they turn into major conflicts that disrupt the entire team.

Look for the warning signs

Sometimes, conflict is impossible to ignore. But, you won't always have an injured party bringing issues to your attention. Or, shouting matches disrupting your weekly meetings. In fact, if it gets to this point, it's gone too far. Instead, you’ll want to learn how to detect the subtle warning signs of team conflict. Are meetings getting derailed with complaints? Are you seeing cliques start to form? Is productivity taking a hit? If you’re seeing some of these patterns, it’s likely time to take action.

Meet individually with the concerned parties

By giving everyone involved in the conflict the opportunity to share their point of view without interruption, you can start to get to the root of the issue. Reassure both parties that the goal of this initial discussion is not to take sides or to solve the problem, just to understand what the problem is. One-on-one discussions can also help each party express the more emotional aspects of the conflict in a safe space.

Before you get everyone in the same room to discuss possible solutions, make sure they understand the process. Outline the goals of the conversation based on what you’ve heard from each party. Establish rules for the discussion to keep everyone focused on these goals and a positive outcome. These might include respecting each person’s time to speak, practicing active listening, avoiding finger pointing and negative language, and being honest about your motives.

Even if you’re facilitating the discussions as a manager, you should put your authority aside during this process. You are there as a mediator and they are there to collaborate on a solution that works for everyone. Invite them to be part of the resolution. The outcome will be more meaningful and effective if it comes from the team rather than an edict handed down from the boss.

Bring clarity to both sides

In your discussions, you’ll want to clearly establish what each person wants from the situation. Dive into the motivations around why they want this outcome and why they believe it is the best solution for the team as a whole. Ask both parties to prioritize their position. If you ultimately find out one person doesn't feel strongly about their stance, the path to compromise is much easier than if both people are deeply invested in the outcome.

If things start to reach a boiling point you can’t bring down to a simmer in the room, step in and suggest a break. They might just need a five minute walk to cool down or they might need to take the day to focus on something else before they can approach the conversation from a calmer perspective. Encourage them to use the time apart to reflect on their position as well as the other person’s point of view. They may need that time to understand where the other person is coming from before they can come back together to reach a mutual resolution.

Each party will feel more comfortable reaching an agreement if they know it doesn’t have to be the final solution. Let them know they can time box their terms. Try out the solution for a period and then come back together to determine if it still works for both people. If they understand there will be room for negotiation in the future, they won’t feel compelled to fight tooth and nail to get their way in these discussions.

It’s not easy to resolve tensions between two different people. It’s even more difficult for those two people to let their guard down and be willing to compromise. Those who manage to do so deserve to enjoy the win. Congratulate everyone for the efforts they’ve made to resolve the conflict and make sure they feel good about the process. Celebrate their hard work with a thoughtful email or by taking them out to lunch. Use this as an opportunity to solidify the bonds they’ve formed throughout the resolution process.

Like most things in the workplace, managing conflict on your team requires practice. There will be bumps and missteps along the way. But keep at it. Try new tactics and adapt your approach as you learn. In the end, you'll have a team that's able to work seamlessly together and a more positive culture overall. 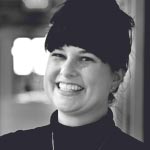 A content strategist and copywriter, Eliza covers a variety of topics related to talent acquisition, employee retention, and diversity and inclusion in the workplace. 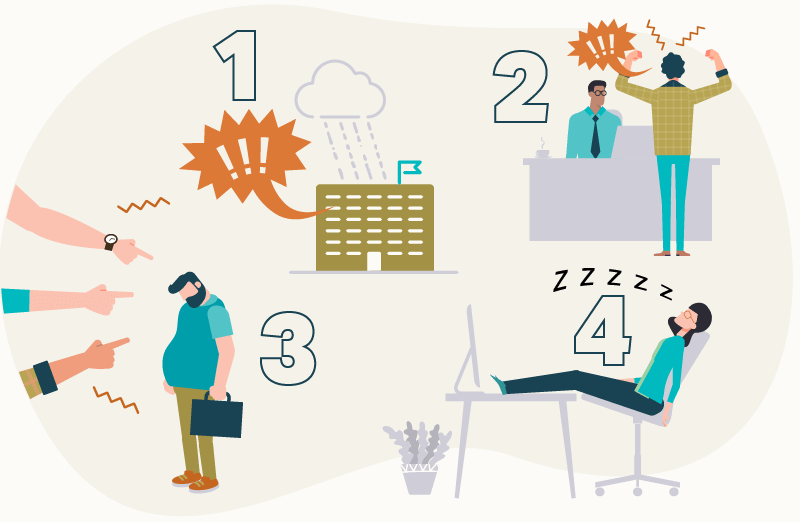 Bad attitudes and disengaged workers, of course, are unhealthy for organizations at every level. One study by Gallup, in fact, found that actively disengaged employees cause U.S. companies between $450–$550 billion in lost productivity (2013).